A very distinctive aromatic, frankincense was once prized above gold. One of the gifts of the 3 Magi, it has been traded as a precious commodity for more than 5,000 years. It has been used through the ages in perfuming, aromatic medicine, skincare and cosmetics, embalming, as a mosquito repellent and most extensively for anointing and as an incense offering in religious ceremonies spanning cultures and centuries. The use of frankincense is so interconnected through the millennia as a religious offering that is has taken on sacred connotations.

The twirling smoke of burning incense was believed to carry prayers or divinations upwards- a magnificent present to the divine Gods. In fact fragrance was a characteristic sign of the presence of a deity in antiquity. Frankincense was burnt in censers at front doors in times past, believed to purify the air of contaminating miasmic influences of bad luck, evil spirits or illness. The use of frankincense as a spiritual aid , to enhance spirituality, prayer or meditation and to awaken higher consciousness still continues to this day.

The origins of it's name is believed to originate from either the Old French franc encens meaning pure incense or from the French crusaders - frank or French incense . Frankincense resin is also known as olibanum from the Arabic laben/al luban signifying white as the clear white resin drops are deemed the most valuable.

Frankincense distribution around the world

There are several species of frankincense, a treasure from the dry, arid lands of Oman, Somalia, Yemen and Ethiopia. The Boswellia species are more a shrub than a tree , its branches adorned with leaves and white and pale pink flowers, rising from close to the ground, almost appearing to have grown straight out of the solid rock. These trees have an extraordinary ability to grow in some of the harshest climates in the world. The trees are not watered as they are considered gifts from God. The Boswellia resins extracted from the trees have different grades related to the conditions that exist where they grow- the highest quality resins often arising from the poorest soils.

The Dhofar Valley in Oman, watered by monsoon rains, is a little verdant oasis in a barren desert and it is here that Boswellia sacra, the biblical frankincense grows, from which the highest and most expensive grades of resins collectively known as Hojari are sourced.

Arising from lands that see little rain, it is not surprising that in ancient times frankincense was considered to have a connection to the sun. The ancient Egyptians used Boswellia to worship Ra, the Sun God; the Greeks in the worship of Apollo who was associated with the sun as well. In the myth of Aphrodite, Helios and Leucothoe, the divine Sun God revives life in the form of the aromatic frankincense tree which offers its fragrance as incense to the Gods. Frankincense also was associated with the mythical Phoenix, the bird that was dedicated to the sun, living on frankincense and odiferous gums.

Boswellia carterii, a variable of B.sacra also known as olibanum or Dragon's blood comes from the Mohr madow tree of Somalia , another source of quality resin and oil. Somalian frankincense was widely used for divine services in Byzantium. Scentcillo uses this essential oil in our Oracle essential oil blend.

The resin is harvested from the tree by wounding the trunk or branches with a mengaff tool. A trained eye is needed to spot resin deposits amongst the branches. Resin oozes from these gashes and then hardens into tear shaped clumps as it dries. The first tears are of premium quality and grading discernible to the eye by its level of opacity.After grading by size and colour the dried resin is steam distilled to produce the essential oil. 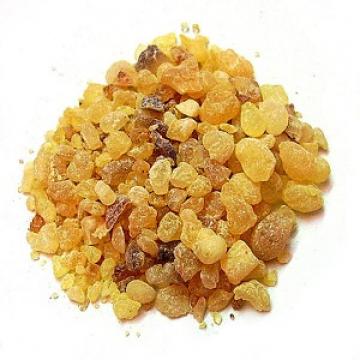 Since the time of Cleopatra, who was said to be an enthusiast of its aroma, frankincense (namely the sacra and carterii species) has been used in perfumery. It is classed as a fixative or base note and is noted as a versatile facet to a blend, combining well with other rich notes in an oriental type of fragrance and also adding depth to citrus notes in a composition.

The smell of frankincense is inextricably tied up with my childhood Paschal scent memories- the sweet,balsamic aroma laced with citrus notes always brings to mind the burning incense smoke of Easter services. 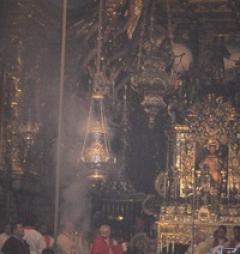 Uses in history and world culture

Frankincense is an ingredient of ecclesiastical incense and the fragrant anointing oil of the Holy Spirit, known as Chrism in the Catholic faith or Myron in the Orthodox churches. The aroma of frankincense is symbolic of life, used by Christian, Judaic and Islamic faiths mixed with oils in anointing ceremonies. However, it is not only as a symbolic gesture , the inhalation of frankincense has physiological effects- it can steady the breath and increase the depth and rate of breathing to bring about a sense of calm. The psychoactive effects of burning incense was studied recently (Moussaieff et al. 2007,2008) where it was found one of the main active ingredients of Boswellia resin, incensole acetate when tested in mice lowered anxiety and caused antidepressive- like behaviour.

In Yoga practices and meditation, frankincense helps achieve steady, deep inhalation and exhalation, helping to facilitate a state of single minded concentration which allows reconnection into the divine essence. The aromatherapist Gabriel Mojay refers to it as rekindling the light of the mind. Indian incense, agarbatti, according to the principles of Ayuverda, assigns frankincense to Class 2, along with sandalwood and myrrh (stems and leaves ) of the 5 classes of ingredients for incense manufacture.

Oracle essential oil blend uses frankincense with other rich, spicy devotional scents such as myrrh, cedarwood atlas and patchouli, balanced with the lightness and sparkle of the citrus clementine essential oil. It's an aromatic invocation of the divine rituals of the Pythia- priestess of Apollo at the Oracle of Delphi. In fact, frankincense is mentioned in the ancient text of the Orphic hymns as an offering to the gods of ancient Greece more than any other incense. I find this oil blend a warming compliment to the cooler weather of Autumn and Winter.

Last Christmas there were reports of the threatened extinction of the Boswellia trees which you can read about here. However, the paper only looked at one species of frankincense, B.papyrifea from Ethiopia, which is not commonly used as a source of fragrant resin. Anya McCoy, natural perfumer and president of the Natural Perfumer's Guild in the US, has explored these issues further in her post here.

CIFOR has produced a management guide for sustainable production of frankincense. Access here.