The Pelargonium genus contains a vast array of flowering plants, many of them native to the countries on the southern tip of Africa. The name geranium is a little confusing as true geraniums belong to a different species. Essential oils derived from geranium are from the Pelargonium species of the Geraniaceae family. 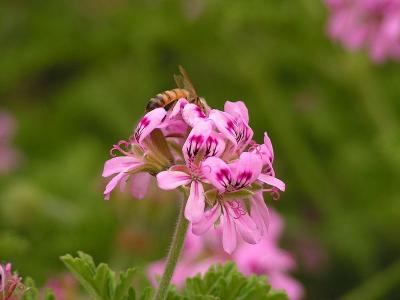 Pelargonium plants are comprised of a myriad of hybrids and cultivars. They are bushy perennial shrubs possessing hairy, jagged leaves and clusters of small, pink striped flowers. The plant grows best in a warm temperate climate with plenty of sunshine for maximum oil development. It is sensitive to cold weather and frost averse. Glands located widely over the surface of the leaves and the green parts of the plant produce an aromatic volatile oil. 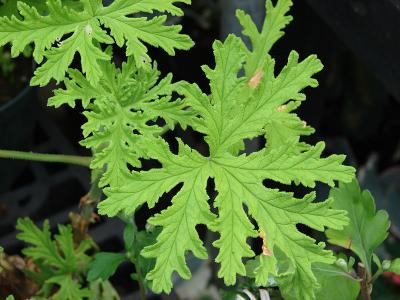 The Pelargonium genus was first recorded in South Africa when the German botanist Paul Hermann collected a sample of Pelargonium cucullatum from Table mountain in South Africa in 1672. Pelargonium hybrids were introduced into Great Britain in the early 1700s, then spreading to Grasse in the South of France. These European hybrids were subsequently returned to South Africa and brought to other parts of Africa and Reunion island by the French and also reaching India and North America. In the 1970's Pelargoniums were established in the Yunnan province of China. 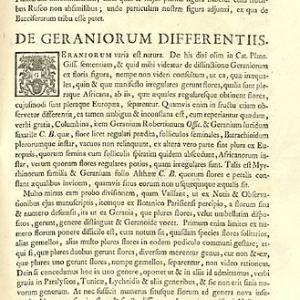 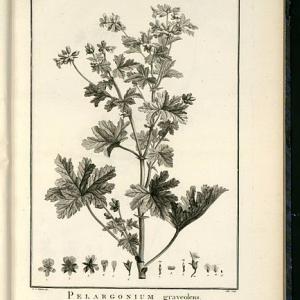 Variations in the aromatic compounds of different cultivars results in diverse aromatic profiles for the different types of geranium essential oils available, that is, rose geranium, geranium or rose geranium bourbon. This is a key component of the surprise and delight inherent in plant based aromas.

The stork-bill shape of the plant's seeds is reflected in the name Pelargonium (from the Greek pelargos or stork). The bird's traditional symbolism is further mirrored with the plant's associations in Japan and Taoist China with longevity and immortality.

In Victorian society of the 1800's a sophisticated language based on flower symbolism came to be developed, where people would send a bouquet of flowers called "tussie-mussies" to convey a hidden message. Each flower or its arrangement in a posy would have a particular meaning and could suggest a spectrum of subtly different emotions. In the case of geraniums, the leaf shape, colour and fragrance were just as important as the flower itself in communicating a particular message. Lemon scented leaves symbolised an unexpected meeting, nutmeg "I expect a meeting" and rose scented geranium leaves meant "I prefer you".

The scented leaf of rose geraniums has a history of use in the culinary arts. They are applied as candied cake decorations or added to jams, vinegar, sugar or cakes for their delicate floral flavour. 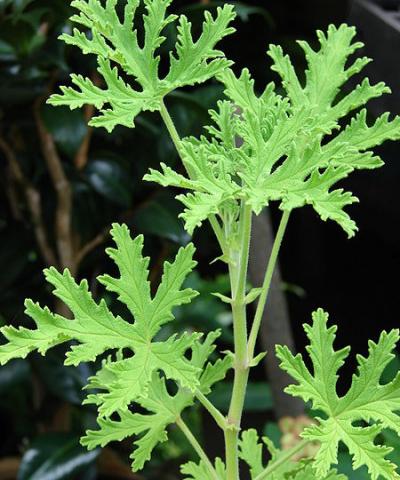 Geranium essential oil production was established initially in the early 19th century around Grasse in the South of France. This crossed over to the island of Reunion in the Indian Ocean where rose geranium "bourbon" oil originated from a hybrid plant of P.capitatum and P.radens. 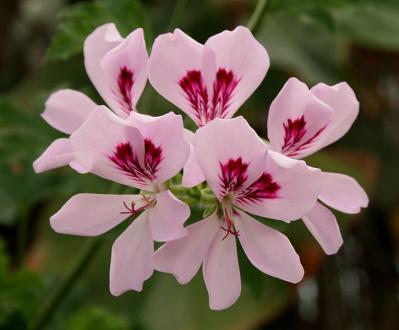 Here, essential oil production has scaled down dramatically in recent times and the bourbon chemotype rose geranium cultivar is more commonly sourced from Madagascar. Geranium and rose geranium essential oil production now centres predominantly around Upper Egypt, the Yunnan province of China and to a lesser extent in the Western Cape and surrounding provinces of South Africa, Morocco and India. 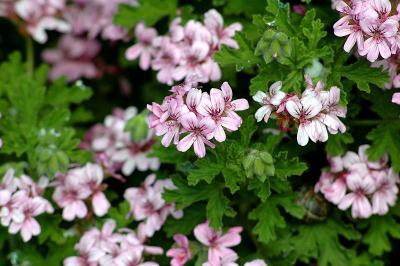 The oil is hydro distilled from the aerial parts pruned during the Summer months. Harvest time is determined by the presence of abundant new growth. This is carried out on hot, dry days as harvesting wet plants too soon after rain or on humid days leads to poor oil recovery during distillation. Robust yields of around 700g of essential oil from around 250kg of fresh leaves are common. A very small percentage of this material is then extracted further to produce a geranium concrete and absolute. Any remaining plant matter is composted or reused on the farms. 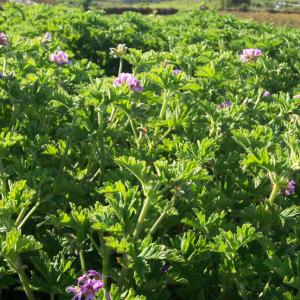 The aroma of the essential oil will vary not only from the different hybrid cultivars available but is dependent on their geographical origin, method of distillation, age of the plant or conditions of harvest time.

The dominant aromatic compounds found in geranium oil are the alcohols citronellol, geraniol and linalool and in lesser quantities the ketone iso-menthone. Their relative proportions impact the scent of the essential oil. Off notes in newly distilled oils, possibly due to sulfur compounds, eventually disappear as the oil ages. This can be accelerated by leaving the cap off the bottle for a few days until this effect subsides. 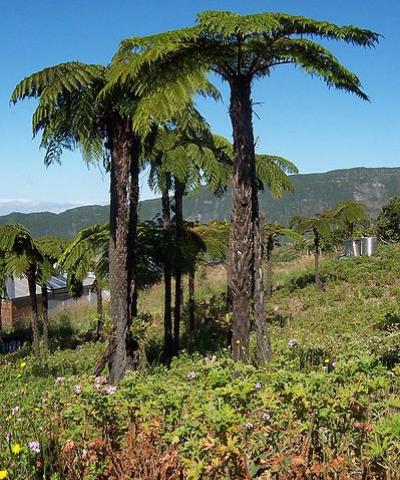 Rose geranium essential oil can be described as sweet, fresh, herbaceous, with green or minty nuances and a prominent, long lasting rosy-floral note. In comparison, geranium oil is greener and more herbal scented with lemony character notes. The geranium bourbon variety is similar to the scent of rose geranium but has a strong fruity, lychee-like aspect. This is the cultivar that is favoured in perfumery and is utilised in many masculine or unisex fragrances to give a greener or more herbal aspect to any rose notes in a fragrance. 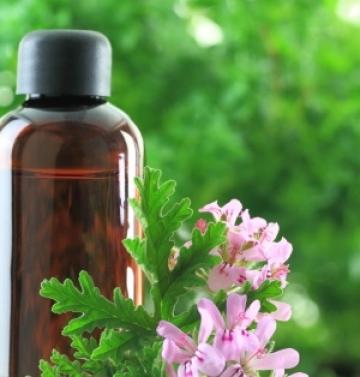 It is a popular choice to impart a rose-like floral note to a blend more cost effectively.

Rose geranium essential oil is a featured ingredient of the Scentcillo Starlet essential oil blend. This scent brings to mind the glamour goddesses of the 40's and 50's – Marilyn, Ava, Rita, Elizabeth, their combination of elegance, sensuality and femininity. The crisp, floral bouquet of rose geranium and neroli intermingles with wood and citrus notes to create a scent with a cool, feminine energy. 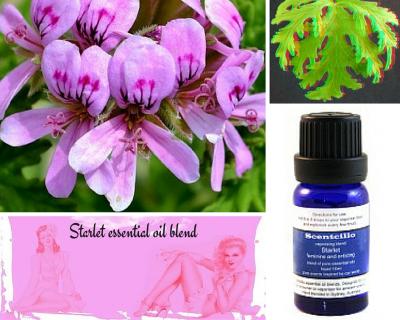 Sign up in the top right hand corner of this page to get information on essential oils, styling and designing with scent, diffuser recipes, specials and promotions sent straight to your inbox AND your $10 coupon that you can spend on your first purchase with us.

An order of Floris Rose Geranium eau de toilette was sent to the Beverley Hills Hotel in 1959 where Marilyn stayed while filming Some Like it Hot. 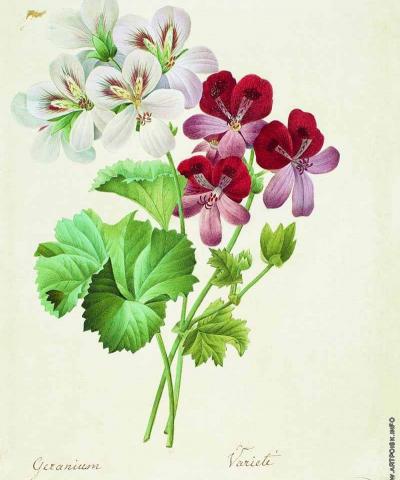